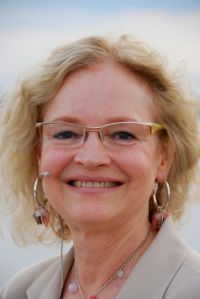 (Married an Australian and moved here in 2003)

Selected Theatre highlights in the U.S.A.

~We developed the OBIE-award winning DIONYSUS IN 69 based on improvisations on Euripides’ THE BACCHAE. During this time, we studied with Jerzy Grotowski and his company who were in NY with The Constant Prince.  We spent months learning his psycho-physical techniques for the actor. We travelled to Europe where we won 1st Prize at Belgrade International Theatre Festival, and also toured the USA. We then developed an experimental production of MAKBETH (sic). Brian DePalma made a film of our DIONYSUS. This was a powerful period of innovation and creativity in the performing arts in New York City where the theatre community was highly responsive to political and social developments, nationally and internationally.

~1979 – one of three primary negotiators of groundbreaking union contract with Actor’s Equity Association to represent a theatre company that was both management and talent.

~Served on Team for 20 years that hired and supervised staff, ranging annually from 30 to 50 people.  Planned programming, hired artists show by show, raised funds, searched and found an old bank building, converting it into a well equipped professional theatre.

~1988-1990 Artistic Director of Thunder in the Light, which had two successful seasons, budgeted at $75,000 in the first season and $105,000 for the second season. Program reached 1500 individuals each season. Based on Living Stage in Washington, DC, I wrote all performance materials and directed artists. Facilitated extensive audience discussion and interaction.

~work based on Sumerian myth of Inanna and Ereshkigal

~This company designed and implemented programming (first just for women and then for men and women) at venues around America including OMEGA Institute in Rhinebeck, New York, Yale University in Connecticut and the Public Theatre in NYC.

~Beyond performances, I presented inspirational speeches about children at risk and the impact of arts education to Washington, DC audiences, including members of the United States Congress and White House staff.

–        Hecuba by Euripides, adapted by Timberlake Wertenbaker, Hecuba and Nurse

–        Mother Courage and Her Children by Brecht, Yvette Pottier

–        Six Characters In Search Of an Author  by Pirandello, Leading Lady

I directed the following workshop productions:

Personal:    Born in Springfield, Missouri; grew up in Houston, Texas; Philosophy and Theatre major at Tulane University in New Orleans; year in Paris 1965-66, moved to New York City in 1967, moved to Melbourne in 2003